DLF Imperial Residences – Independent floors by DLF have been launched for the first time by the top most real estate developer DLF in one of the most sought after locality in Gurgaon. DLF has been instrumental in development of entire Gurugram driving the growth of city and bringing some of the most iconic Commercial and Residential projects in the city.

DLF always uses a customer centric approach to develop residential projects with highest standards and durability. The developer has always provided the luxury in projects which has become the benchmark for others in the industry. They have created presence in 11 cities across the country today and have been instrumental in development and growth of Gurgaon. Cyber Hub, Golf course road, DLF phase 1 – 5, Garden City are the hub of Infrastructure growth and Economic activity in the city.

DLF has always created luxury projects which have catered to consumer demand which has stood the test of time. The flagship high rise projects Camellias and King’s Court are the most sought after projects in the country. The company recently launched Exclusive Residential floors in DLF phase-4 near the Galleria Market which was sold out in a span of 4 days. The project was called Signature Residences based on the same design and concept which is being offered in Imperial Residencies which is also seeing tremendous response from end-users and investors due to the steady increase in prices of DLF residential projects in Gurgaon.

DLF City Phase 3 is one of the most premium residential area of Gurgaon. It is on the the border of Delhi and adjacent to Delhi-Ajmer Expressway, Mehrauli-Gurgaon Road and Golf Course Road, making it the most high-end area of the millennium city. Metro connectivity combined with proximity to commercial establishments, it is the preferred address of the rich and influential class of NCR.

With 75 years of experience in DLF is today unarguably India’s no. 1 real estate developer in India with major projects across the country. DLF residential projects in Gurgaon are synonymous with luxury and security unparalleled by any standards. Independent Floors are the latest offering by the developer looking at the demand from the customers. With lifetime maintenance by DLF and 3-tier security the floors have brought the advantages of high rise condominiums to the concept of low rise apartments creating a perfect balance in DLF Imperial Residences. The new launch was eagerly awaited by the DLF faithful and has seen tremendous response as soon as the launch was announced.

With DLF Imperial Residences new launch the developer has brought the best both worlds to the low rise segment. Enhanced FAR combined with efficient usage has created beautiful layout with equal terrace rights and perfect use of basement area. Lifetime membership of the DLF City Club is another added advantage which cannot be matched by ay other independent floors Gurgaon has to offer.

Sort by:
Leave a Review 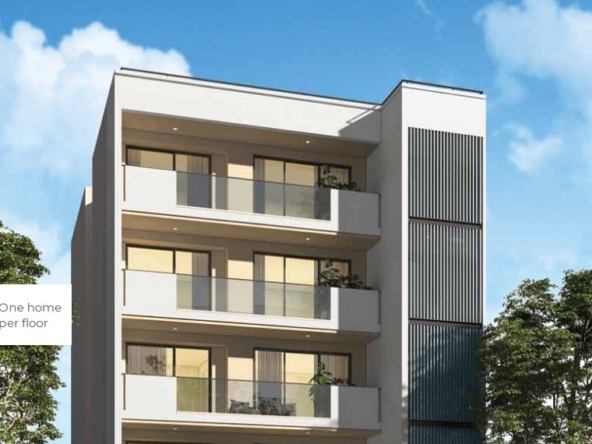 By submitting this form I agree to Terms of Use