The remaining portion, connecting Badshapur with Rajiv Chowk on the Delhi-Gurugram Expressway and giving a signal-free ride to traffic from the expressway to Sohna, will be opened in June, he said.

We have already completed 100% of work on package 2 of the elevated road and opened it for commuters on April 1. NHAI is responsible for the project. The government has spent Rs 607 crore for the construction of this 12 km stretch. The construction of Package 1, the 9 km route, is 85% complete, and “we hope it will be ready by June”, the official quoted above.

The Rs 1,300 crore project was envisaged to reduce the travel time between Gurugram and Alwar from the present three hours to two hours. It will bypass many busy and congested junctions including Vatika Chowk in Gurgaon. The elevated road will also be an important link in the Delhi-Mumbai Expressway corridor connecting India’s two largest urban centers through Haryana, Rajasthan, Madhya Pradesh, and Gujarat. Known as the “longest highway in the world”, the 1,380 km long expressway is expected to be ready by March 2023.

Work for the elevated road began in 2018 with a deadline of 25 months or 2020. It was repeatedly put on hold due to delays in moving utilities such as power lines, strict lockdowns induced by the pandemic, and restrictions on construction due to high pollution. The level and a part of the road in NCR collapsed in August 2020, stalling work for a month.

The latest deadline was set for June 2022.

Urban planning experts told TOI that the project will help in long-distance traffic, but may not bring relief to local and regional commuters due to some exit/entry points on the road. Apart from its start (Rajiv Chowk) and end (Sohna) points, there is only one exit/entry road so far in the middle of the elevated road at the toll plaza near Ghamroj village in Gurugram district. Despite running along several busy stretches such as Netaji Subhash Marg and the Southern Peripheral Road, there is no direct route for boarding and deboarding the elevated road.

“There are three types of traffic on Sohna Road, which are very local, which have got some distance but their origin and destination are along Sohna Road. And the third is long distance. Along this elevated road, long-distance traffic will be managed and development will also get a boost towards Sohna, which was being neglected earlier,” said Sewa Ram, Head of Transport Planning Department, School of Planning and Architecture (SPA) he said. Told. in Delhi.

“However, concerns remain about merging two other types of traffic in the area. These need to be provided with some level of limited access to ensure mobility can be fully managed. The idea is that The elevated road should not only serve for the on-going traffic but should also provide access to inter-state settlements,” he said.

Residents have also questioned to what extent the road will work for them. “If they had created more entry and exit points on the road, the number of people who would benefit from it would have been higher. They should have at least made an access point at Vatika Chowk so that people living in condominiums on the Southern Peripheral Road (SPR) can also use it,” said Ananya Sinha, a resident of Sector 69, Gurugram.

When asked about this criticism, NHAI officials said that many entry and exit points could not be built as the elevated road was planned as an “access-controlled highway” and a high-speed corridor. Giving additional access points would have defeated its purpose, he said. After so much wait, the National Highways Authority of India (NHAI) has finally announced that the...
Continue reading
by The Investment Yard 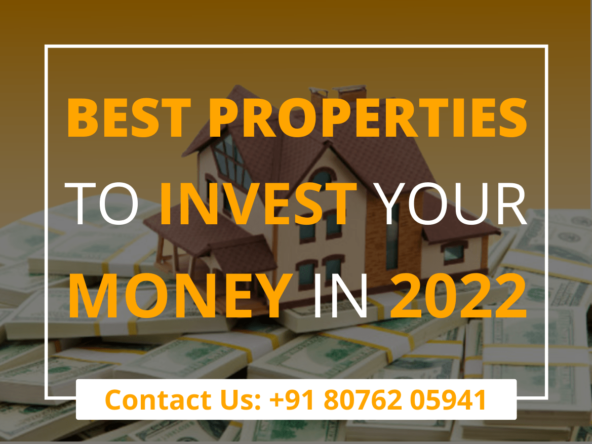 Best properties to invest your money in 2022? I think 2022 is a good time to invest in real...
Continue reading
by The Investment Yard